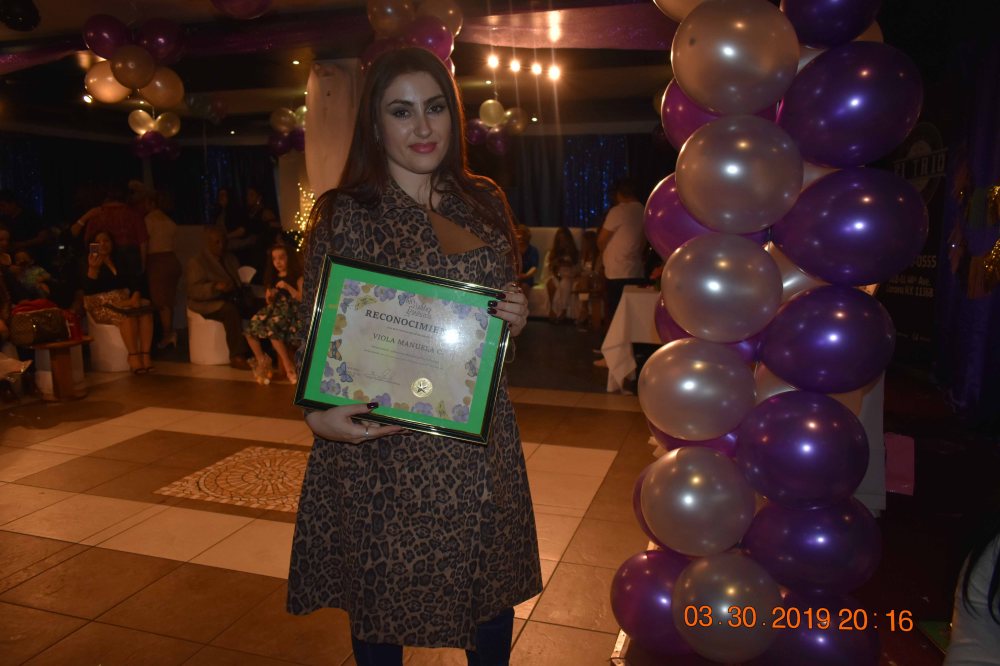 Viola, which recently started to explore the Latin world by hosting a daily show on National Spanish television channel called Super Canal, was discovered and personally contacted by Mrs Yasandry Cepeda P. after being noticed hosting on the show. Mrs Yasandry is a big fan of the tv show hosted by ViVi. 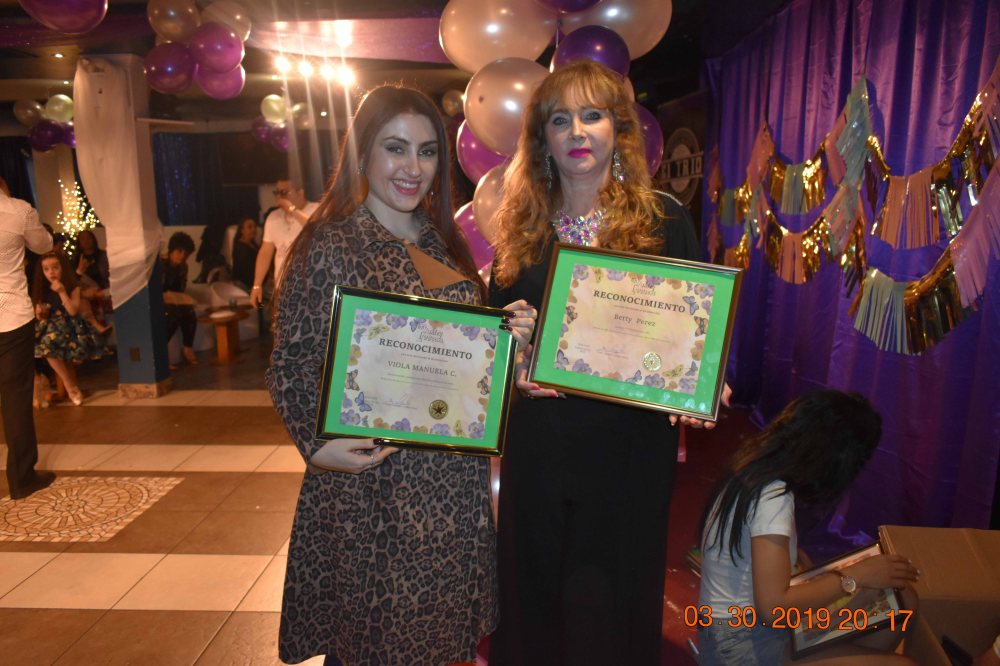 Viola Manuela Ceccarini (also called ViVi in the United States) is a real Italian from Milan living the American dream to the fullest! she lives in NYC where she recently was nominated and awarded BEST TV PERSONALITY & ITALIAN PRIDE IN THE USA / HISPANIC WORLD. as shows the picture of her certificate. 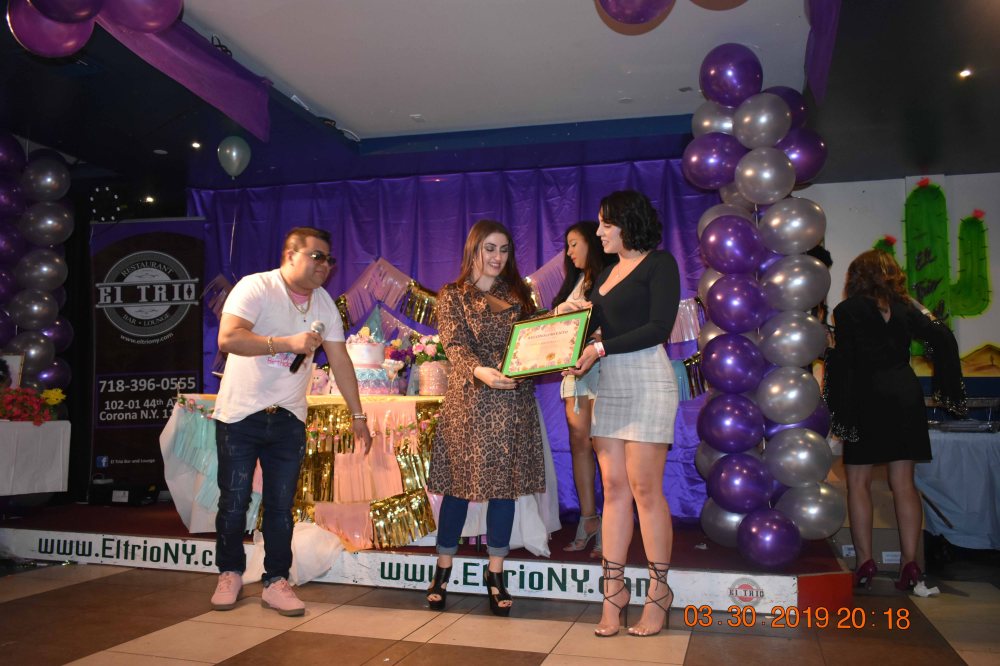 The award competition was presented and organized by Yasandry Cepeda P. 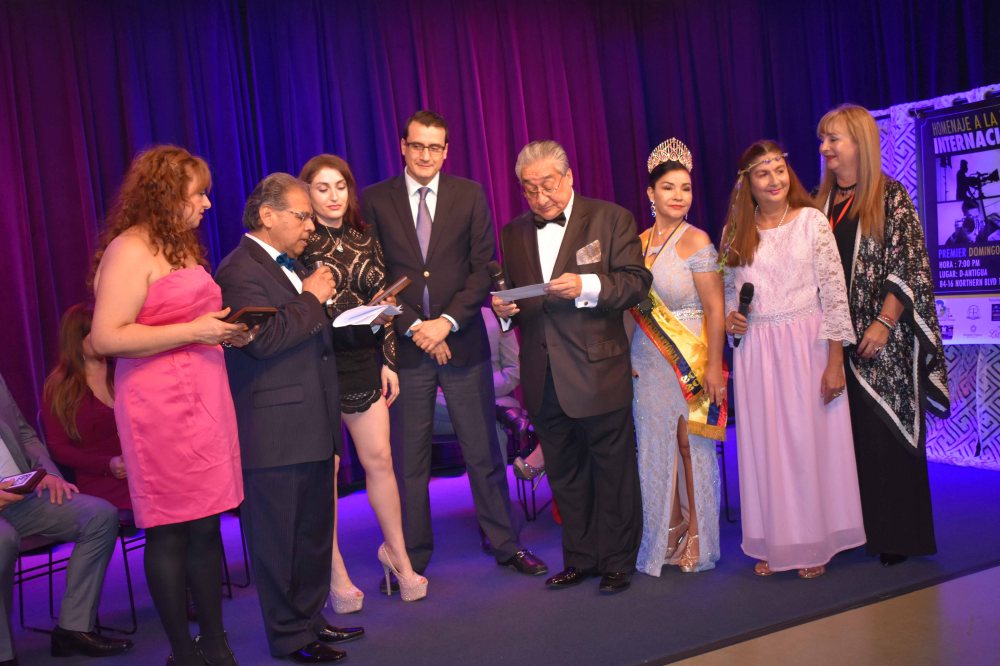 The Ashley Awards is an Association that acknowledges those outstanding people around the world who’ve served and promoted the Hispanic culture and heritage.

WITH THIS CERTIFICATE IT IS RECOGNIZED THAT

To remember In 2017, Viola, won the 13th annual Stevie® Awards for Women in Business, the world’s top honors for women entrepreneurs, executives, employees, and the organizations they run.

Congratulations ViVi, we are so proud of you! With your talent and ambitious, keep representing Italy in the world.  We’re so happy to have you as our official correspondent from New York. and thank you for our cooperation. Viola the future is yours!!!!

In 2016-17 Viola hosted, produced and video edited her very own show called Fancy Talks, broadcasted on Time Warner Cable every Friday. you will find some of the sketches below. The show was about fashion and lifestyle.

FANCY TALKS INTRO (filmed in my room. produced and video edited by me) https://www.youtube.com/watch?v=TnEEhVbOPJY

Filmed and edited by me: https://www.youtube.com/watch?v=5Fh32ffupF0

She covered some of the most exclusive events in the world.

Growing up in one of the most influential capital of fashion: Milan, inspired her to begin a career in the entertainment industry and in the television broadcasting.

At the age of 17, after getting her high school diploma her mom sent her to study English abroad: “I staied 3 weeks in New York with a friend and immediately felt inspired. The minute I saw the glitzy lights, the tall buildings and the busy streets I fell in love with the City. “In New York everything is possible”. – she said.

After graduating, she immediatley moved her first steps as an interviewer-columnist for an Italian printed and online fashion Magazine called “Zaeffiro Magazine”, hosting and co-hosting events in the Milan’s nightlife.

In 2011, she started working with Deborah Brulard a journalist, celebrity manager and owner of Deborah Brulard Communication, a leading figure in the Italian entertainment and fashion world.

– “I worked with DBCommunication performing work in the field of Public Relations occupying an important role for the company covering important designs for their clients, including artists and celebrities. I was working my a** off. ALSWAYS on call, no sleep and endless working hours, even on Christmas. Also, I was responsible for the drafting a real editorial fashion, in total autonomy. In this important role, I was in charge of designing the company logo. This logo was then printed on t-shirts and worn by Italian VIPs, singers, reality tv stars and celebrities. It brought fame and press to their company and was responsible for increasing their visibility and profits overall. However…I didn’t get a dime neither any recognition from them for all the work I have done. I was feeling extremely frustrated and decided to move to America. At that point I had nothing to loose.”

In the year 2013, Ms Ceccarini made a radical move for the sake of her life by moving to New York City.

In August 2015, she started my collaboration with Si Italia TV as a TV Host and Assistant of Production, where she interviewed  numerous artists, singers and personalities in the entertainment industry.

This collaboration inspired ViVi to develop her very own TV show called ‘FANCY TALKS’ about fashion & lifestyle, broadcasted in New York every Friday at 5pm ET on Spectrum channel 1993 and digital in Texas on Televiva Houston KVQT-21.4 channel 21.4 ([http://www.televiva.tv)]www.televiva.tv) few episodes of the programs were broadcasted in Italy on 7Gold (Telepadova) (www.7goldtelepadova.tv) & on Antenna 7([http://www.antenna7.it)]www.antenna7.it)

Throughout her career she interviewed many artists and celebrities, among those: Kobe Bryant, Oprah Winfrey, Il Volo, Dustin Hoffman, Kim Kardashian and many more. She also covered some of the most exclusive events and red carpets in New York and around the US such as Fashion Week, Tribeca Film Festival and Grammys.

As of now, Miss Ceccarini speaks fluently 3 languages: English, Italian and Spanish and

is the official correspondent and bilingual author/writer for the following magazines and media outlets:

She manages her own section on the online Portal Sevenpress.com dedicated to New York City called “Viola New York Events”. where she blogs about the events she covers.

Along with being a fashion journalist, she also debuted as a TV Personality and fashion guru, she appeared on a number of different shows and TV commercials:

The article was written by Alessandro Ferri